How to recognize a good torch

Are you looking for a flashlight where you don't have to worry about quality? Naturally, it's important that a flashlight lasts for years. This article will show you how to separate the wheat from the chaff. We'll teach you exactly what to look for to find the best flashlight.

What makes a good LED flashlight?

A good flashlight has several features. For instance, it is important that a flashlight lasts for years and keeps its promises. A flashlight also needs to be safe and user-friendly. Finally, the flashlight must meet the applicable standards. It's important that the specifications are stated clearly and honestly.

We have over ten years of experience with different types of flashlights. In those years, we've seen the development of flashlights happen really quickly. That's why our expectations for a good flashlight are much higher than ten years ago.

The short route: a few hints what to look for

The fastest way to simplify the choice for a good flashlight is by starting with a well-known brand. Brands that have made good torches for years are Fenix, Nitecoreand Led Lenser.These brands offer a comprehensive range and have flashlights suitable for every situation. They use the best materials and safety is paramount to them. Unknown brands can take safety regulations with a grain of salt and it will also keep you guessing about the overall quality.

Brands that have a good reputation will be open about the materials they use. They will also let you know about the performance of the torch according to accepted international standards, like the ANSI standard. This makes comparing torches by different manufacturers easier and you can choose the perfect fit for you!

Brands that have a good reputation will be open about the materials they use.

The longer route: the main technical aspects brought to light

Searching for a really good flashlight is easier when you know what to look for. We will help you to distinguish between the good and the bad. We’ll focus on the main features of flashlights: light output, LED technology, battery technology, electronics and materials. It comes down to the visible and invisible qualities of modern torches.

What are lumens in a flashlight?

Light capacity is expressed in lumens. Lumens are the total amount of light emitted from an LED. The more lumens a flashlight has, the more light it emits. The internationally accepted standard for lumens is the ANSI / NEMA FL 1-2009 standard. This standard has been established by well-known American multinationals such as Duracell and Energizer. It describes the measurement procedures for 'directional lighting'. This also includes flashlights. The flashlight industry has also created an additional standard of its own: the ANSI / PLATO FL-1 standard.

Almost all modern flashlights come from China. This is true of both good and bad flashlights. However, the manufacturers of quality flashlights use the FL1 lumen standard because they have nothing to hide. Manufacturers who do have something to cover up often only say 'lumens' so that they don't have to follow the ANSI standard measurement procedure. Performance is then often exaggerated. So when purchasing a flashlight, pay attention to whether they mention ANSI FL1 lumens. The icons on the packaging of flashlights also provide clarity.

Lumen specification and the LED used are two related factors. That is to say, each LED has a certain maximum amount of lumens that can be produced under optimal conditions. For maximum light output, an LED is driven to maximum capacity. Because the lifespan of an LED suffers from such high voltage, LEDs in flashlights are not driven to this capacity. Usually, flashlights use ninety to ninety-five percent of the capacity.

Please beware when you buy a torch whether the brand uses ANSI FL1 lumen.

Cree is the most famous LED manufacturer in the world. Many high-quality modern flashlights have a Cree LED. This American company likes to be open about its products, and on its own website it lists the maximum number of lumens, according to the ANSI standard, that the LED can produce under ideal conditions.

Variants with a type number ending in the number 2 are the second generation of the specific LED. This table clearly shows that the number of lumens per Watt is increasing. LEDs are becoming more powerful and efficient, and so are LED flashlights. Compared to a light bulb, LED flashlights are already incredibly powerful, and the difference is getting bigger and bigger!

Most consumer flashlights have less than 1100 lumens. Brighter LEDs are less efficient and consume more energy without offering much added value in normal use.

Alkaline batteries. There are still good flashlights being made that run on the well-known alkaline 1.5 volt AA batteries, but these batteries don't have the capacity needed to power LEDS for 1000 lumens. Alkaline batteries also have an increased risk of leakage. When a battery in the housing of a flashlight leaks, there is a very good chance that the flashlight won't work properly. What a waste of money!

Rechargeable 18650 battery. A new development is that flashlights are being produced where the 18650 battery within the housing of the flashlight itself can be charged with a micro-USB cable. Rechargeable flashlights have been around for some time, of course, but the advantage of the non-model-specific battery is that you also have the option of using an extra 18650 battery as a backup. This removes the barrier for home users because a battery charger is no longer needed. At the same time, the flashlight is also suitable for professionals who use a flashlight intensively. A brand like Fenix plays a leading role in these kinds of developments.

A good flashlight has several electronic regulation systems for user safety and consistent performance. This is not always explicitly stated.

Thermal protection. Another feature of quality flashlights is thermal protection. When the parts of a flashlight get too hot, there's a risk that they will be permanently damaged. That is why high-performance flashlights are equipped with sensors. By limiting the power consumption and light output, less heat is generated and the flashlight has a chance to cool down again. This ensures your safety and the safety of your flashlight.

Aluminium. Many flashlights are made from aluminium. This is an excellent choice for flashlights because of its heat conductivity, sturdiness and light weight. Aluminium housings often have type III hard anodization. This anodization is durable, scratch-resistant protection for the aluminium. The same coating is used for industrial applications and aluminium pans.

Good flashlights are equipped with O-rings. This ensures that they are dustproof and waterproof. The dust and water resistance are indicated according to the IPX standard.

If you want to quickly find a good flashlight, it's best to only orientate yourself towards brands with a good reputation such as Fenix, Nitecore en Led Lenser. If you want to broaden the search, make sure that the light output in lumens is given according to the ANSI FL1 standard. LED flashlights are far superior to older technologies, so limit your search to an LED flashlight.

If you adhere to these quality requirements, you'll discover that the range of quality flashlights is much smaller than expected. Combined with a number of metres of range and/or a preference for the switch type, you're only left with a few options. Ultimately, a good and affordable flashlight will more than pay for itself over the years! 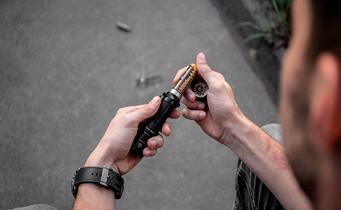 How long is the warranty on a head lamp or flashlight battery? 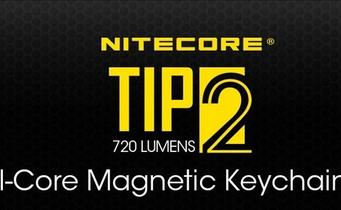 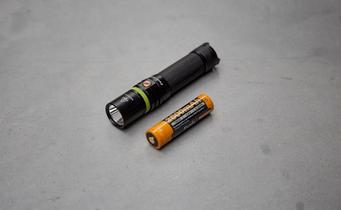 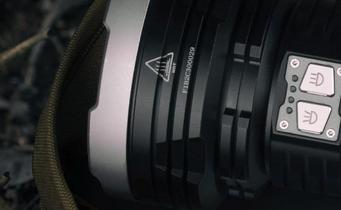 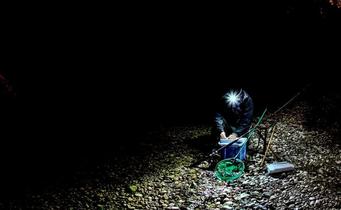 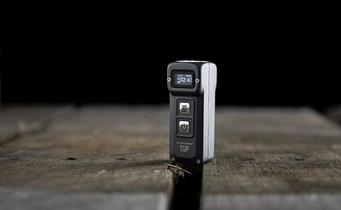 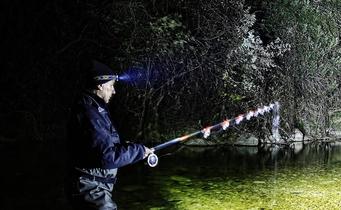 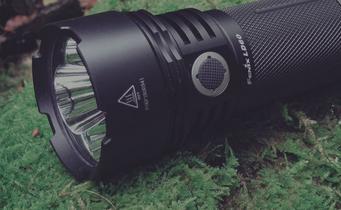