The Plague Doctor was originally designed for tactical purposes. Steel Will however, selected a D2 steel blade to make sure the Plague Doctor could also be used for daily use as an EDC knife. D2 is a tough type of steel which retains its sharpness for a long time. Very long even! You quickly open the Plague Doctor with the flipper. When opened a solid liner lock will lock the blade. The handle is enhanced with a G10 handle which has a light texture for additional grip over the knife. Your index finger and thumb automatically move towards the royal finger grooves at the pivot. These finger grooves ensure that you have enough control over the knife as you use it and that the handle won't just slip from your hands.

The Steel Will Plague Doctor can easily be worn on your pocket with the pocket clip. Steel Will also included an additional pocket clip for left-handed users. 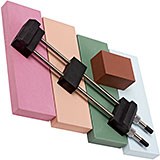 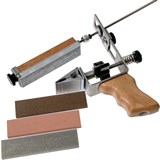