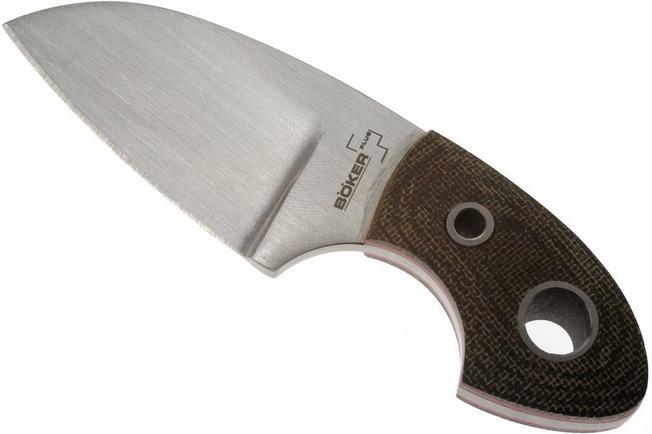 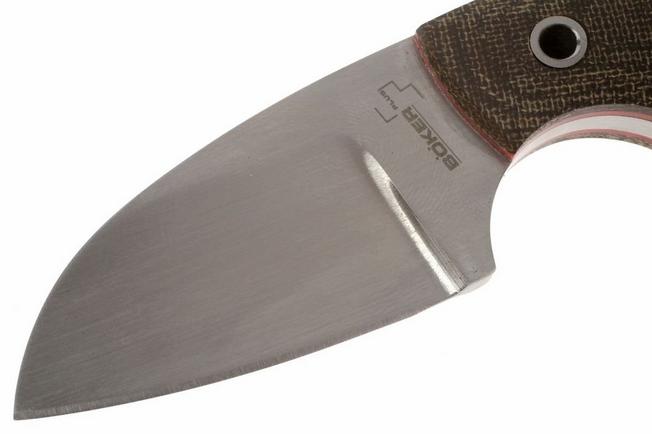 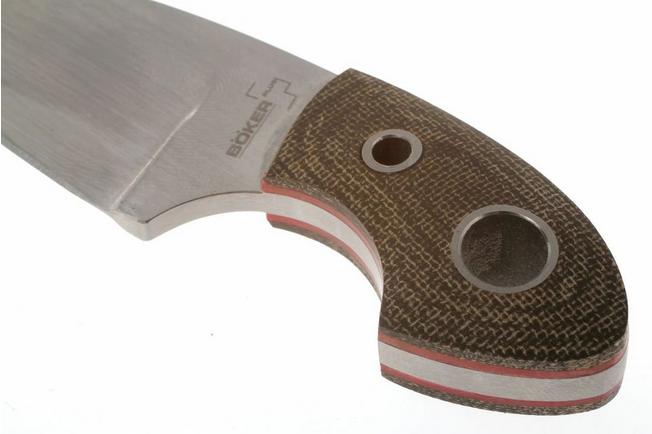 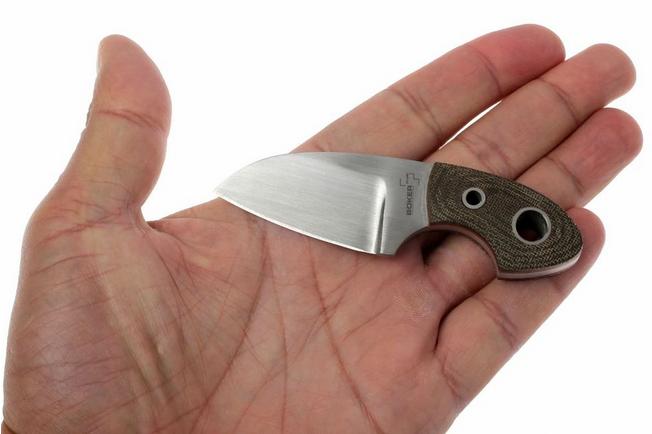 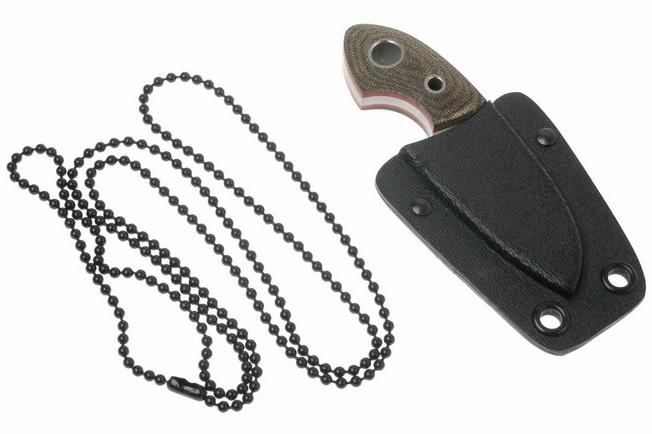 Nice wee blade. Ofc it’s a single finger grip number but no les comfy to grip. Razor sharp out of the box and it does look nice. I am a collector and don’t intent wearng this as a neck blade but it comes with a nice kydex sheath that holds the blade very very securely. In fact removing the blade once it is in is a job needing care and no small amount of force. Cutting yourself at this stage i suspect might be a thing to watch. It has a hanging lanyard lf the nylon bathchain ype which, if i were to war it, i would replace with a leather thong. Nice knife, worth the money and a good addition to any collector.

First off, the small blade passed the paper test cutting with a clean straight line, all good so far but and this is a BIG but the Kydex sheath doesn't hold the knife when inverted which defeats the object of buying a neck knife!!! I had to do some work on the sheath myself to make it function as a neck knife, So in my opinion that makes it not fit for purpose, I don't like the idea bad -mouthing a brand like Boker but just giving my honest opinion.

OK, a quick summary. The knife itself is of good quality and build especially given the very reasonable cost. Although the Gnome is of a small size this does not affect its usability in any way. Very comfortable, light and effective tool. However, the Kydex sheath (I purchased the Micarta handled version), is a different story. The sheath was not moulded round the heel of the knife sufficiently. This meant that the knife could not be carried on a neck lanyard due to the 'loose' fit and meant the knife would very easily fall out which would have serious consequences to the user. I had to reheat and reshape the sheath myself in order to rectify the fault. The leather sheathes that come with all other versions are absolutely and totally useless. Very poor retention, poor quality leather, belt loop way too small and overall workmanship is abysmal.