Robert Young Pelton: perhaps the most interesting designer in the pocket knife world

DPx Gear represents real world survival knives and seriously useable tools. The man behind this brand is Robert Young Pelton; successful entrepreneur, adventurer, inventor, journalist and author of best-sellers such as The World’s Most Dangerous Places (CIA must-read), Come Back Alive and his autobiography The Adventurist.

DPx Gear represents real world survival knives and seriously useable tools. The man behind this brand is Robert Young Pelton; successful entrepreneur, adventurer, inventor, journalist and author of best-sellers such as The World’s Most Dangerous Places (CIA must-read), Come Back Alive and his autobiography The Adventurist.

In 2008 Pelton launched DPx Gear. It was his answer to his personal quest for actually useful tools in a stubborn reality. And he was successful! The pocket knives made by DPx Gear, founded in 2011, are made to be used with force. The first generation was comprised of the infamous fixed-blade DPx HEST (Hostile Environment Survival Tool) and the foldable version of this model: the DPx HEST/F (Folding). Two of his designs won awards at the Blade Show, the annual show for knife makers.

Pelton has secured over 26 patents on DPx’s name

In cooperation with Lionsteel’s Gianni Pauletta from Italy Pelton developed the Aculus. With a Niolox blade and a handle made from titanium it was their way of successfully creating a simple and elegant, but extremely strong and sustainable gentleman’s knife. Later on Pelton also came up with many other designs such as the military DPx HEFT (Hostile Environment Field Tool) and the compact DPx HEAT (Hostile Environment All Purpose Tool). Pelton has secured over 26 patents on DPx’s name.

Robert Young Pelton’s utilitarian lifestyle can also be found in his knives. According to him each part should have at least two functions: typical for a well-thought-out survival strategy. In addition, Pelton always felt the need to innovate which is why he developed a special jimping (small notches cut into the back of the blade) which serves as a wire stripper. The lanyard holes can be used for a piece of paracord, but you can also use it as a screwdriver when you add a screwdriver bit.

Pelton’s foldable knives are often enhanced with a cut-out that can be used as a bottle opener. Cheers! At the same time you can, while using this ‘wave’-style opener, remove the blade from your pocket with a single move, immediately opening the knife. Pelton attaches his pocket clips with one screw enhanced with a tungsten carbide glass breaker. Great for breaking glass, but also for engraving hard materials. Adding your name into your gear will be a piece of cake.

Pelton mostly has his knives produced by Lionsteel in Italy. One of the most leading pocket knife manufacturers in the world and masters when it comes to milling. The details and multi-functional purposes designed by Pelton are not that easy to produce. Fortunately the price winning production facilities at Lionsteel have his back. Together they are a force to be reckoned with.

One of the most remarkable knives is the Aculus. A gentleman’s knife, but so sturdy it can handle quite a lot. For the real gentleman out there. One who is prepared for anything. One piece of titanium as the basis for the handle, milled out to store a blade. A ground-breaking design which, in Europe, can be purchased as the LionSteel TiSpine.

The Canadian Robert Young Pelton is known amongst friend and foe for his journeys to the most dodgy places on earth – and his gift for survival. He visited over 100 countries and made reports of dozens of hotbeds throughout the world, from Chechnya to Iraq, from Asia to South-America to the Horn of Africa. Today he is focusing on the migration problem in North Africa and Europe. With this piece we will try to give you a sneak peek into the life story of a man who, in high school, after an aptitude test was told he was basically only good for three things: advertising, or become an astronaut or adventurer… Was it a prophecy or simply inspiring? All we know for sure is that Robert Young Pelton can only be called an ‘astronaut on earth’. And let’s be honest doesn’t that say enough already?

Pelton was born in Edmonton, Canada. Early on he became interested in ‘that what reached beyond the horizon’, which is exactly why, as a child, Pelton often saw the back of a police car as he was driven home yet again. At sixteen he finished school and bought a pink station wagon he called home. He picked fruit to make ends meet and when people asked him what he was up to he simply said ‘I’m traveling’. When he started realizing that he needed to make his money doing at least something he started his career in marketing. He became so successful that, at thirty-one, he could call himself a millionaire.

However, in the end the success wasn’t what made Pelton tick. After losing people close to him and knowing that life at one point comes to an end led to a turning point in Pelton’s life. He decided to live amongst the Dogon people in the middle of the Sahara and he loved it. Then and there he came to an even more radical decision: he decided to turn himself into a product and travel to the places of the earth where no one dared to set foot. His first stop? The unstable Algeria of the seventies. He came back with stories about what really happened in Algeria and why the people acted the way they did.

Simultaneously he demonstrates that there are no such things as front lines in the twenty-first century. That war can be fought everywhere, from Downtown New York, to the London subway or even in a café in Sydney – it can truly affect anyone

With his travels and reports Pelton soon became known as the ‘solo journalist’, the daredevil who infiltrates groups of rebels, terrorists or revolutionaries to talk and live amongst them during dirty wars, simply trying to find the naked truth. As such he, like no other, is capable of giving the world a taste of the truthful and complex identity of conflicts, especially when the international press tries to cater the world with censured cookie-cutter versions of the truth. Pelton often describes himself as, not a sensation seeker, but someone who finds a deeper meaning in life because of his work. He always tries to pay special attention to ordinary people dealing with war; the elderly, children and other innocent bystanders who are simply at the wrong place at the wrong time. Simultaneously time he demonstrates that there are no such things as front lines in the twenty-first century. That war can be fought everywhere, from Downtown New York to the London subway, or even a café in Sydney – it can truly affect anyone.

His work resulted into an impressive amount of publications and film productions, amongst which television work for the Discovery Channel, the National Geographic Channel, ABC News, CBS 60 Minutes and CNN. He also wrote multiple books, amongst which the bestseller The World’s Most Dangerous Places, an underground ‘travel guide’ from 1995 with over 100 pages written about conflict areas. In Come Back Alive from 1999 Pelton gives his readers unpolished survival advice for the real world, based on his experience in over 100 countries. In 2000 his autobiography: The Adventurist was published, a mixture of anecdotes, traveling stories, and philosophical considerations about the period from Pelton’s childhood up to his departure for Chechnya in 1999.

Some people stand out because they do what their heart tells them to do. Robert Young Pelton has a unique perspective on personal freedom and the responsibilities that accompany it. With a bizarre eclectic legacy of books, websites, survival gear, performances, videos, television shows and happenings he has been able to touch and inspire thousands of people. He is also the guy that walks around with a bum bag; a fashion-faux pas, meant to mislead anyone malicious. A man who, on every journey, takes with him a bottle of hot sauce to spice up his meals if necessary. Hardship makes everything bearable. 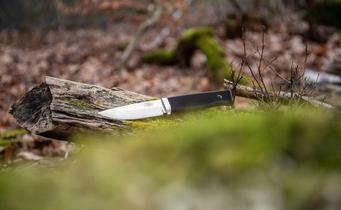 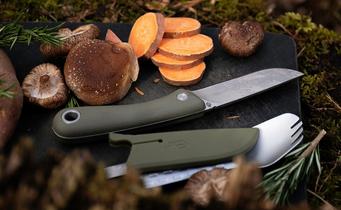 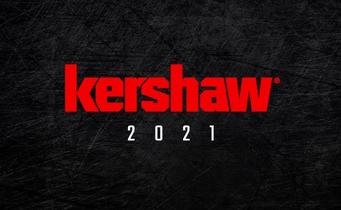