This Atoma Diamond Stone is a Japanese top-quality, coarse diamond sharpening stone. You use it to restore the extremely damaged edges of blades or other tools. However, you can also easily use this Atoma stone as a flattening stone for conventional sharpening stones.

Contrary to what is common for sharpening stones Atoma manufacturer Tsuboman has chosen to add clusters of diamond sharpening particles to the steel basis. As such the risk of diamond particles ripping out is a lot smaller. In addition, it leaves enough room to get rid of excess sharpening residue. It might be difficult to imagine with all the small separate islands, but the final scratch pattern in the sharpening result is very even. Furthermore, this sharpening stone is very flat and will last a very long time.

Atoma sharpening stones are basically steel sheets attached to a thicker aluminium sheet with double-sided tape. As such you can easily replace the stone after it has been worn out. It is also for this reason that Atoma stones are a lot cheaper and called Economy Stones. But don’t worry, this has nothing to do with the materials used or the final sharpening result.

The grainsize which Atoma has added to this stone is #400. You can compare this to a 400 grain on a conventional Japanese sharpening stone. In microns this approximately comes down to 40µ. Perfect to re-profile an edge. Similar to all other diamond sharpening stones this Atoma sharpening stone needs to be pre-sharpened. After approximately five knives you will end up with the final sharpening result.

This stone is popular as a flattening stone for conventional sharpening stones. We think this Atoma stone can be used to flatten stones with a grain size varying from 800 up to 8000, you could, however, experience it differently. We do recommend you keep the stone nice and wet when you use it as a flattening stone. As such you can easily get rid of excess sharpening residue.

Satisfied after 2 months use. Use can be dry but clean with water. A bit coarse for use of sharping ice skates . Also need 800 or 1000 grid. Very good price /quality.

Satisfied after 2 months use. Use can be dry but clean with water. A bit coarse for use of sharping ice skates . Also need 800 or 1000 grid. Very good price /quality.

I love this product. 400 seems a good grit. great for maintaining my stones but also for fixing chips or other issues with my knives. 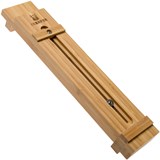 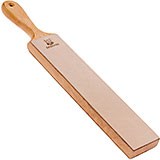 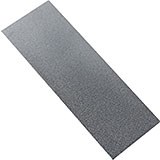 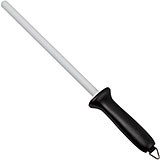 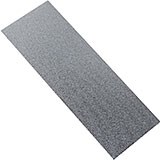 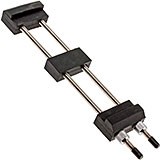 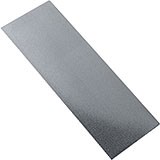 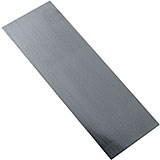