The ESEE PR4 is an interesting bushcraft knife, designed by Patrick Rollins and inspired by the great Kephart knife. We asked bushcraft enthusiast Padraig Croke of the Trial by Fire podcast to review this bushcraft knife for us. Read what he has to say on this blade and its history:

ESEE Knives are renowned for producing tools that are seriously reliable. The look of their knives are as distinctive as they are sturdy, with their signature look of micarta scales and powder coated blades.

Their tools are truly tried and tested; from the smallest neck knife in their IZULA range, to their Junglas knife, capable of hacking through jungle terrain. They are carried and loved by soldiers and woodsmen alike.

A couple of years ago the company introduced a new range of knives, known as the Camp-Lore series.

It could be argued, that the look and feel of most of ESEE’s range were more akin to one-tooloption, survival type blades, rather than classic woodman’s knives.

However, the Camp Lore range was an opportunity for the company to reach a wider audience with their bulletproof tools, and was developed to answer the demand for traditional, basic, bushcraft knives. All of the Camp-Lore knives are simple, traditional, fixed blade designs that have been field-proven for years.

The ESEE PR4 bridges a gap in the market in true ESEE fashion. No nonsense and built to work!

I believe it is a testament to the guys at ESEE to recognise their audience and appeal to them with the right kind of tools, suitable to the job at hand, but without sacrificing their own aesthetic identity and recognisable products. The PR4 is no exception. This is undoubtedly an ESEE knife! A beautiful balance of modern aesthetics and materials, combined with the practical functionality of a classic woodman’s knife, the ESEE PR4 bridges a gap in the market in true ESEE fashion. No nonsense and built to work!

The man who put his name to this knife is Patrick Rollins (PR), an instructor at Randalls adventure and Training school, and the knife is the result of him designing and extensively testing the first prototypes over a number of months in survival classes, off-trail backpacking, hiking and camping. When it comes to wilderness chores, sometimes simple and straightforward is the best approach. And Patrick took his inspiration for the PR4 from the famous Horace Kephart sheath knife.

Horace Kephart has gone down in history as legend of the outdoors and is seen by some to be the grandfather of modern bushcraft. Born in 1862, Kephart spent most of his life living in the Mountains of North Carolina in Hazel Creek, which today is part of the Great Smokey Mountains National Park.

He wrote of his experiences in a series of articles in the magazine Field and Stream. These articles were collected into his first book, Camping and Woodcraft, which was first published in 1906. While mostly a manual of living outdoors, Kephart interspersed his philosophy and thoughts about what it meant to be an outdoorsman, and to this day his books and writings are still used and studied by people like myself.

Taking a look at the original Kephart knife, manufactured by Colclesser Brothers of Eldorado, Pennsylvania, the inspiration for the PR4 can be seen. ESEE, however, were not the first to take inspiration from this no nonsense classic, and I’m sure they wont be the last. PKS, Condor and KA-BAR all have versions of this style in their range.

The PR4 is different than the others. Rather than replicate the original, ESEE decided to go against the grain, and inject some of their own personality, making this a beautifully modern take on the original.

How does it feel?

Personally, I have always preferred a shorter knife, tending to find a comfortabe balanced cutting edge to be in and around the 4 inch length, so the PR4 is, for me, the perfect length required for any bushcraft or camp chores. Kepharts own knife was actually a 5 inch blade, but the knife did come in a 4 inch version also.

With an overall length of 8.9 Inches, the handle being slightly longer than the blade makes it extremely comfortable for most sized hands. The overall thickness however, may feel a little too meagre for somebody who prefers a chunkier hold, compared to perhaps a Morakniv type handle or a broom handle styled knife. For me however, this was not the case, and I have so far found it very comfortable, even when wearing gloves in the cold.

The blade itself, a no nonsense piece of straight 1095 Carbon steel, is also a little thinner than might be expected of an ESEE product. At 3.1mm thick, it is fractionally thinner than say, a Mora heavy duty companion, for example. Again, this shaving off of excess for me has made this blade an absolute pleasure to use, and I have not wished or wanted for anything than what is there already.

Interestingly, the edge profile on this blade is a flat grind, with a sharpening angle of 20 degrees. An edge profile very familiar to anybody who already uses an ESEE. This is where the PR4 deviates from its inspiration (the kephart knife is a convex edge). I spoke to Rollins about this deviation and he explained to me that it made more sense as a production knife to design it with a flat grind.

As with most flat grinds, the blade tends to want dig in when using it for tasks like feathersticking. This is by no means a flaw in the knife, its simply a word of caution for the bushcrafter who may be more used to a scandi type edge and wanted to try something new. But with practice, a flat grind will slice beautifully.

The spine of this knife has a 90 degree angle, perfect for fluffing and scraping fat wood or birch bark and will produce a substantial spark when combined with a ferrocerium rod.

The spine is not so sharp, as I have experienced on some blades, that it becomes painful to do push cuts with, I found this blade very comfortable, particularly when being pushed from further up the blade, closer to the point. It will make short work of digging and gouging, for example, if you were establishing a divet in a hearthboard for bowdrilling.

The scales here are bolt on scalloped micarta. Their styling is a result of the prototype being built by James Gibson of Knob Creek Forge. People familiar with Gibsons work will recognise this style as somewhat of a signature of his, and when the PR4 went into full production James gave his blessing to retain the style used on his prototype. Adding to the comfort of this knife, I found my fingers easily finding grooves to rest in while using the blade in a full grip. They are, as stated previously, quite thin in comparison to other knives of this size. The scales were originally designed a little thicker by Patrick, but the prototype ended up having thinner ones and he up loved them, so they were kept.

Note that 3rd party scales are available in G10 of a thicker stock, but bolting them on may impede the knife from sitting in the sheath properly.

The stock sheath that comes with the PR4 is made of a thick leather. It is very simple in construction, well built and holds the knife snug and secure. Rather than a dangler, the sheath sits on your belt from a simple loop, in a 1 piece construction type build.

This, in my opinion adds to the compact sturdiness of the knife overall, and will sit high without dangling or waving about too much when you are walking.

The choice of a leather sheath here of course lends itself, aesthetically speaking, to the classic look and feel of the blade. However it may not be the best option for a carbon blade such as this. Particularly for people who frequently find themselves in wetter conditions, as a leather sheath will be useless when it gets wet, and a carbon blade will quickly rust in it.

Armatus Carry do a sculpted kydex sheath for the PR4, which some people may find more versatile for their setup, as it will dry quickly and can be used in a number of carry options.

I made a promise to myself that when I bought this knife 2 months ago, I would use it as my only go-to for six months, and really give it the time it deserves to find its way into my regular load out. So far, this has been the easiest of promises to keep, as it has not let me down once yet. The ESEE PR4 is a joy to use, and makes you want to use it more. I am loving it so far! There is nothing on this knife that does not need to be there… something somebody once said about the Kephart sheath knife.

Padraig Croke is an avid bushcraft and outdoor enthusiast, spoon carver and hiker. He is the co-host of The Trial by Fire Podcast, a bi-weekly podcast dedicated to all things bushcraft and outdoors. He is also an admin at the Living to Learn online community and lead designer of The Bushcraft Journal Magazine.

Thanks Padraig for this awesome review! 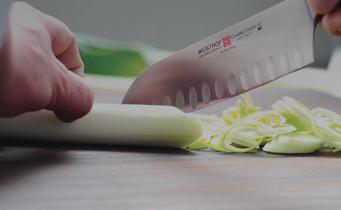 How good is your knife? 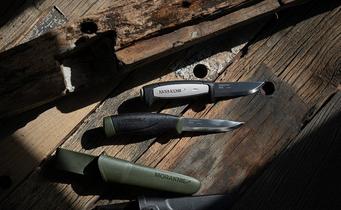 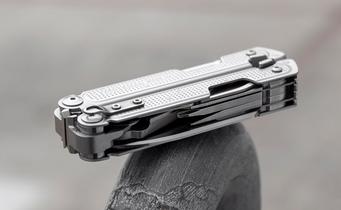 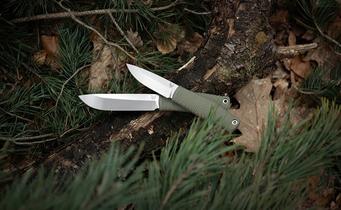 Benchmade Puukko vs Leuku: battle of the bushcraft knives