The Emerson CQC-14-SF Snubby is a solid pocket knife with a remarkably short blade. As a result the pocket knife is even legal in areas that adhere to strict knife laws. Knives with a short blade often also have a short handle. Emerson, however, opted for a normal-sized handle. As such you have complete control over the blade. CQC stands for Close Quarters Combat. After all, designer Ernest Emerson has a background as a martial arts instructor. This, however, doesn't mean that the CQC14 can't be used as a pocket knife for daily use.

You can open the Emerson CQC14 in two ways: you can open it with the thumb disc on the back of the spine, or you can use the characterizing Emerson Wave. This is the little wave on the spine of the blade. You can use this 'hook' to open the pocket knife when you take it from your pocket. You pull the knife back after which the wave will get caught behind the edge of your pocket opening the blade. Also important: it also functions as a bottle opener. Cheers.

The handle is made from G10 with a structure that offers you a massive amount of grip. This pocket knife almost sticks to your hand. The shape of the edge also contributes to this. Both with the blade at the top and at the base of your fist the CQC14 you a wonderful ergonomic grip. Inside the handle you can find titanium liners. These liners keep the weight of this large pocket knife relatively low.

The blade on the CQC14-SF is made from 154CM steel. This type of steel was designed in the seventies for turbine blades of jet engines, but today it is better known as a premium type of steel. The blade is enhanced with a regular V-grind, but only sharpened on one side. According to Emerson this should make sharpening in the field a lot easier. The blade is enhanced with a stunning stonewashed finish and when opened a linerlock will keep the blade in place.

The foundations for Emerson Knives as we know them today date back to 1979. That was when Ernest Emerson started producing custom knives. Because of his background as a soldier and martial arts instructor he had a clear idea of what a knife should look like. In 1996 Emerson decided to scale up his production to make sure more people could start using his knives. He founded Emerson Knives and started producing pocket knives and fixed knives on a larger scale. Today Emerson Knives is a family company that focuses on details, but perhaps most importantly: it is a company that puts the use of a knife and the user first. 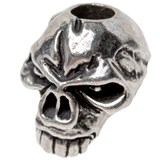 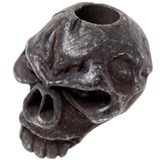 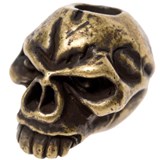