The Rick Hinderer Eklipse 3.0" is a cool EDC pocket knife, based on an old acquaintance. The Hinderer Eklipse is namely a popular and relatively rare pocket knife from 2014 which is known as the basis design for the Zero Tolerance 0392 collection. Hinderer took that design and turned it into a 3.0" version. A slightly more compact and light-weight option with a couple of subtle differences.

The Rick Hinderer Eklipse 3.0 can be opened with the flipper or thumb stud. Both work perfectly. The Eklipse 3.0 is enhanced with Hinderer's Tri-Way-Pivot. This means that the pocket knife is enhanced with ball bearings, but that it also comes with phosphor bronze and teflon washers. As such you can determine yourself which bearings you prefer.

The blade is made from CPM S35VN-steel. A premium type of steel that retains its sharpness well. Hinderer used a linerlock for the Eklipse. As such your fingers will always be safe during use.

The handle is made from thick steel liners with G10 on top. Because of the bevelled edges it feels amazing in hand. The pocket clip is mounted for right-handed/tip-up use.

The Rick Hinderer philosophy is: a knife is a tool that should work for you, never the other way around. For that reason Hinderer Knives are made to be used. The Eklipse is a perfect example of this sentiment. 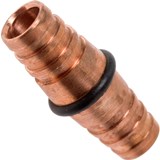 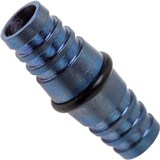 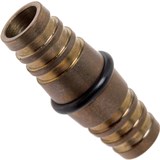