The Böker Plus Kwaiken Mini Flipper Titanium 01BO267 is a compact pocket knife which is a combination between an EDC knife and a gentleman's knife. This pocket knife was designed by Lucas Burnley and ever since the first version this has been one of his most popular knives. It is, after all, for a reason that many other versions with different opening mechanisms were introduced throughout the years.

You quickly open this knife with the flipper. Because of the ball bearings the blade will shoot from the handle. When opened the blade is locked by a solid linerlock. The scales are made from titanium. This isn't new, but this version has titanium scales with a light texture. As such you have more grip.

The blade is made from D2. This is a type of tool steel that has been used for knives for dozens of years. A hard, tough type of steel that retains its sharpness well. Not 100% stainless so be careful around acids, salt and moisture. 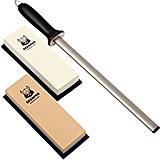 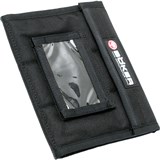 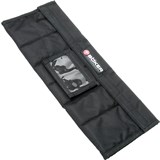 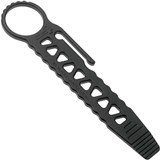