The Gerber Center-Drive Plus multi-tool was designed to handle any task! This multi-tool offers excellent performances without compromise. It is the result of the revolutionary design. Each foldable item locks when opened. This prevents unwanted closing and works very well. The Gerber Center Drive is a full-sized mulit-tool with fully-fledged tools.

The Gerber Center-Drive Plus distinguishes itself because of a couple of important differences. The serrated blade, for instance, was replaced by sprung scissors. In addition, the large blade is enhanced with a partially serrated edge. The Center Drive Plus also comes with a leather sheath.

The Gerber Center Drive is the first multi-tool with a fully-fledged screwdriver on the middle axis and a standard bit. The magnetic bit can be replaced and comes with a philips-head and flat-head bit. You store one bit on the screwdriver and the other in the bit holder. But you can also replace the bit for one you already own. All standard sizes will fit, without extension! The screwdriver will never close when you don't want it to because of the liner lock. Because the lever falls behind the hinging part of the screwdriver it can no longer return to a closed position. This is only possible when the lever is pushed aside by the user.

Another important tool of the Gerber Center Drive is the pliers. Can be opened and closed with one hand because of the sliding mechanism. Because of the spring the pliers will open automatically, different from most multi-tools where you need to open the pliers by hand. The wire cutter can also be replaced when blunt.

The large droppoint blade is made from 420HC steel. A high-grade type of steel. The blade is razor-sharp and has a cutting surface of no less than 7.5 cm, of which a part is serrated. A lot bigger than most multi-tool knives. Once opened the knife will immediately be locked. As such the tool can never close when you don't want it to, also making it perfect for heavy-duty tasks. When opening and closing the blade you hear a familiar click.

The Gerber Center-Drive comes with a bit set and a leather sheath that was made in the United States, with room for the bit set. This sheath has a belt loop with enough room for belts up to 7.5 cm. 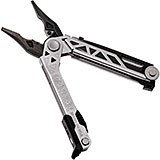 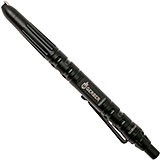 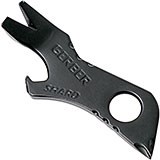 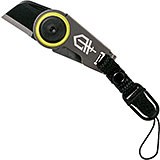 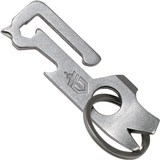 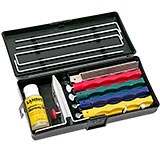 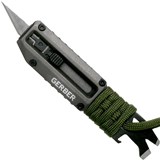