The Spartan Blades Harsey Folder is a large pocket knife, designed by William (Bill) Harsey. This master designer in the knife industry has a very recognisable style. You immediately recognise certain shapes. The bump above the thumb stud and the shape of the handle base, for instance. This fantastic knife garnered lots of attention because it won the American Made Knife of the Year 2016 award at the Blade Show in Atlanta, Georgia.

The Harsey Folder has sublime ergonomics. Exactly what you might expect from a Harsey design. Even with large hands or gloves, this pocket knife is easy to use. The construction is incredibly solid. The frame is made from two thick pieces of titanium, 4 mm each. Three standoffs between the scales make the frame incredibly rigid. The pivot is also very strong. Not a tiny screw, but a massive one with a large head. It's T15, so you know this isn't a pocket knife for lighter tasks.

Large phosphor bronze washers have been placed around the pivot. These support the blade during heavier use. With a diameter of 3.8 mm, the stop pin is also relatively large. When opened the blade is kept in place by a solid frame lock. Initially this model will have some lock stick, but this will reduce as you use it more often.

You open the blade with the double thumb studs. As for the steel, Spartan selected American CPM S35VN. This is an excellent steel that was developed in collaboration with knifemaker Chris Reeve, one of the people that Harsey has worked with on a regular basis. S35VN retains its sharpness well and is also corrosion-resistant.

This model has a matte black PVD coating, which prevents reflections and protects the blade even better against rust. The hardware (screws) have a bronze anodisation. 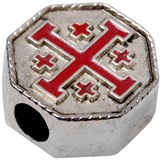 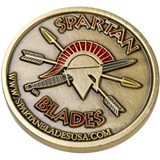 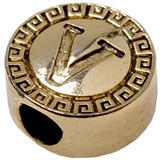 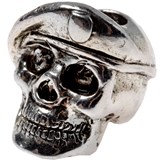