Characterizing about the Victorinox RangerGrip 55 is the soft, black rubber on the handle. Because of these anti-slip pieces the knife feels solid in hand. This knife won't easily slip from your hands. Even in wet circumstances. With a knife from the RangerGrip collection you can safely get to work thanks to the practical Liner Lock. The liner lock ensures that the knife doesn't close during use. This pocket knife is enhanced with a large blade to make sure you always have a fully fledged knife close.

The large knife is razor-sharp and has a cutting edge of no less than 8 cm. Once opened the knife will immediately be locked. As such the tool can never close when you don't want it to, also making it perfect for heavy-duty tasks. When opening and closing the blade you hear a familiar click. The knife is very solid and perfect for outdoor and survival purposes.

Branches as thick as your wrist are no problem for this wood saw. The saw is thin. The spine is about 1.2mm thick and the serrations are 1.6mm thick. Because the spine is smaller than the teeth the saw won't get stuck in the wood and it limits friction. In addition to living wood this saw can handle pallets and shelves.

Practical tool with three functions. This tool can be used as a bottle opener, wire stripper and screw driver. Compact and practical.

What do you use an awl for? For all tasks you wouldn't use the tip of your knife for! The awl has a one-sided grind. As such it is great to make markings on wood. Which side of the line should you adhere to when you mark something with a pencil? With an awl this isn't a problem. In addition, it is very practical to use an awl to prick into soft metals. To mark where you should drill for instance. In addition, this awl has an eye, just like in a needle. By pulling a thread through the eye of the awl you could also use this tool, in case of an emergency, for sewing purposes.

This pocket knife comes from the Delémont collection and is enhanced with qualities from both Victorinox and Wenger. These knives were namely first produced by Wenger which was later taken over by Victorinox. The models that were previously produced by Wenger are now a part of the Victorinox range in the new Delémont collection. Named after the city where the former Wenger factory is still located. The combination of Swiss precision from both Victorinox and Wenger has turned this knife into a real asset. 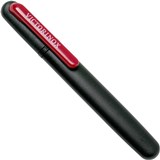 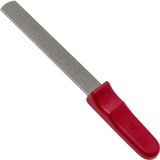 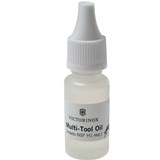 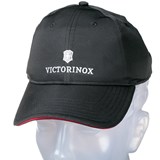 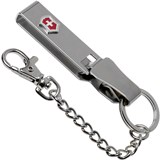 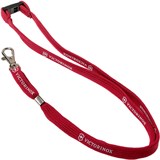 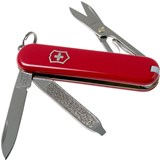 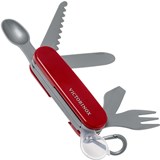 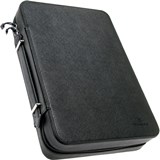 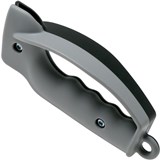 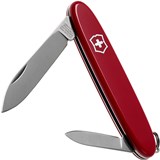